Visit my work in person! 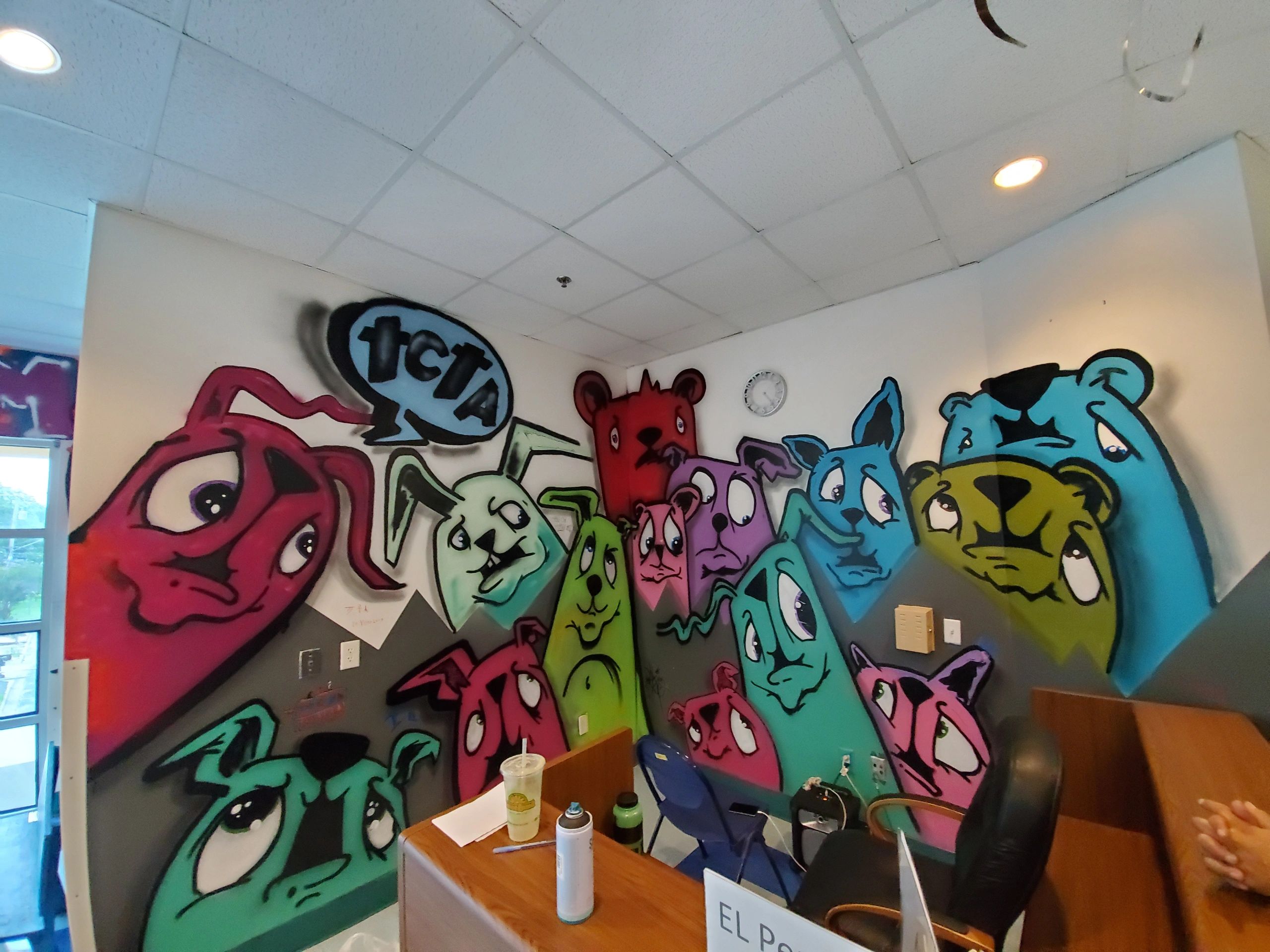 Jonathan "JWALK" Walker, originally from Lafayette, Louisiana, is a life long visual artist, graffiti writer, and one of the founding members of the Louisiana graffiti crew FYC - Finish Your Cereal, along with friends from Atlanta, GA. He has been a writer since 1996, after being initiated by Tony Skratchere (a DJ out of New Orleans) he started using the moniker Case, an homage to old school writer Case After experimenting with names like Caseo, Queso, and Esac, Jonathan finally landed on the pseudonym "JWALK 143", utilizing his name and the I Love You code used widely in the 90's on beepers. After moving to Austin, TX in 2003, Jonathan honed his craft throwing events during SXSW locally, but has also been featured on the National level at events like 2017's Meeting of Styles in Houston. Character design, murals, classic and wild style lettering are some of his specialties, but he is also an active designer for several clothing companies and is available for larger murals. He can be reached at finishyourcereal@outlook.com, on instagram @jwalksalot, or his website FinishYourCereal.com. [less]

Some interviews along the years